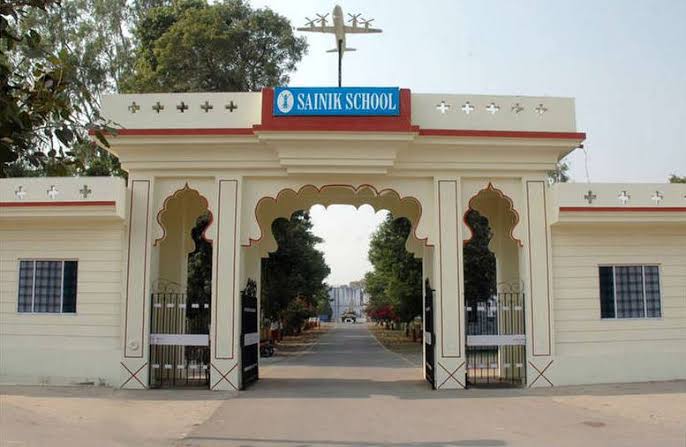 Sainik School, Chittorgarh (Rajasthan), was established on 07 Aug 1961. It is one of the first five Sainik Schools started in various states by the Ministry of Defence in association with respective State Governments under the aegis of the Sainik School Society. They were conceived in 1961 by V. K. Krishna Menon, the then Defence Minister of India, to rectify the regional and class imbalance amongst the Officer cadre of the Indian Military, and to prepare students for entry into the National Defence Academy (NDA), Khadakwasla, Pune and Indian Naval Academy. Today there are 28 such schools running and proposed for future covering all the states of the country.

Sainik School Chittorgarh has given many officers to the Indian Army, Indian Navy, and Indian Air Force in the past and still the process continues. General Dalbir Singh PVSM UYSM AVSM VSM ADC, an alumnus of Sainik School, Chittorgarh, has taken over as the 26th Chief of Army Staff of the Indian Army on July 31, 2014. His elevation to the coveted post is an inspiring saga of a young village boy’s aspirations who wanted to be an army officer one day.

Sainik Schools, as we all know, are purely meant for young men who wish to serve the nation by joining Armed Forces after completion of their studies. Not only Sainik Schools has produced the Defence Officers, but many alumni of Sainik Schools had served the nation through various administrative jobs, Police jobs, Para Military Forces etc. The main aim of Sainik Schools is to prepare boys academically physically and “mentally” for entry into the National Defence Academy. Also, develop qualities of body, mind and character which will enable the young boys of today to become good and useful citizen of tomorrow. 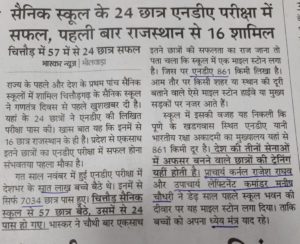