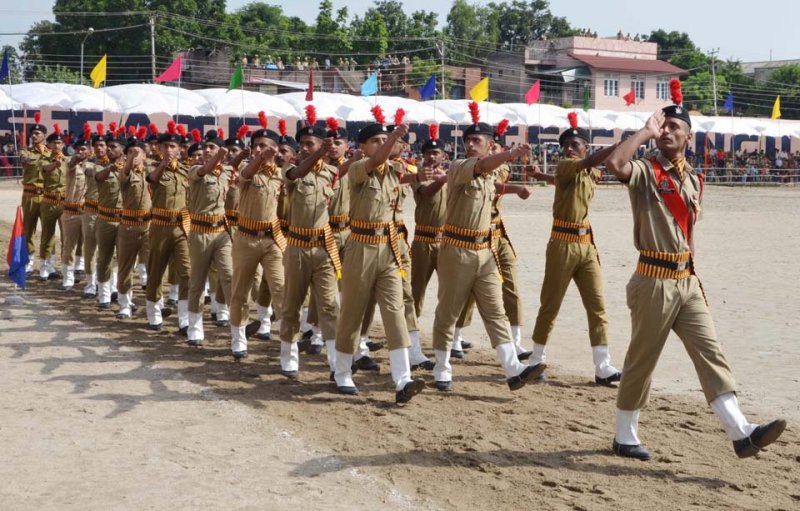 The concept of  Sainik Schools was originated in the visionary mind of V.K. Krishna Menon the then defence minister of India in the year 1961. Sainik Schools are located in various parts of the country & there is a growing demand from many States to open new Sainik  Schools. The main objectives of Sainik Schools include bringing quality Public School education within the reach of common man, all-round development of a child’s personality in order to prepare him for entry into National Defence Academy and to remove regional imbalance in the officer’s cadre of the Armed Forces & the other objective is to promote Sainik school is to explode the myth of martial race and demolish the caste foundations of our army units, and to create a new India with an army of national pride. Currently, the list of Sainik Schools in India includes total of 33 schools along with some proposed Sainik Schools in various states of India.

Prior to the establishment of Sainik Schools, there did exist five Rashtriya Military Schools and one Rashtriya Indian Military College which have the same objectives as that of Sainik Schools. All the three institutions are basically the nurseries which nurture cadets for entry into the coveted National Defence Academy.

The Sainik Schools were established with the well-defined aims and objectives and having a very sound organizational structure which flowed right from the Ministry of Defence at the apex level and Local Board of Administration at the ground level where these schools are situated. The significance of Sainik Schools can be attributed to the fact that none other than the Raksha Mantri himself acts as the Chairman of the Board of Governors of Sainik Schools. To consolidate and streamline the smooth functioning and operations of Sainik Schools, they have been provided with three Service Officers for the posts of Principal, Head Master and Registrar as well as APTCC/NCC instructors in addition to the requisite skilled staff. These schools are designed in a well spread out land and have sophisticated facilities for imparting education and other skills in making their cadets an able officer of Armed Forces in future.

As of now, there are 33 Sainik Schools almost in every state except in the states of Meghalaya, Sikkim, Telangana, Tripura.

Sainik School Lucknow is not included in this list as this school is run by Uttar Pradesh Sainik School Society & it is the only Sainik School which is completely financed and managed by the State Government.

It was established in July 1960. The only one of the Sainik Schools to be administered by the state government. One thing worth mentioning is that Captain Manoj Pandey who was awarded India’s highest military honour, the Param Vir Chakra posthumously in the Kargil war was alumni of this school. It was the first Sainik School in the country and was followed by the setting up of other Sainik Schools, under the Ministry of Defence, Government of India, on the same lines. The education in this school is subsidised by the Government of Uttar Pradesh. It is a boys’ residential English medium school affiliated to CBSE Board.

The students of Sainik School develop tolerance, comradeship, a sense of team spirit and co-existence which are so relevant today. They are humble in victory and graceful in defeat. The bonds of friendship forged here become pillars of strength in later life. They get on with all sorts of people, win their confidence and lead them in various spheres. As the country is passing through a critical juncture, we need youth who are physically fit, mentally robust and socially acceptable.

These schools have excelled in their primary role as a feeder institution to the Armed Forces and have over 15000 officers to her credit as officers in the Armed Forces which other than NDA include OTA, IMA, AFA and Indian Naval Academy. A large number of alumni are IAS, IPS officers, Doctors and Engineers serving all over the country and abroad. So the government of India has planned to open new Sainik Schools in various states which are as follows:

The year-wise number and percentage of cadets sent to National Defence Academy from Sainik Schools for the last few years is as follows:-

Besides these entries, some of the students are medically out & this is the data of the cadets who have joined  NDA/NA directly through Sainik Schools. This is important to note that a  sizeable number of cadets would be joining the Armed Forces subsequent to leaving the Sainik Schools and completing their graduation. no separate data is maintained by Sainik School society or any Sainik School in particular. The government of India has already thought to do the needful to start and maintain such a data bank. One such suggestion in this regard could be incorporating one column depicting the background of Sainik School in the form which is filled for all entry streams in all the forces other than NDA.

The specific data in this regard would not only help the central govt. in its future expansion plans of Sainik Schools but the value of money spent by the Central / State Governments would also be properly quantified. The country would also be benefited as the cadets already trained in Sainik Schools who are a precious manpower resource would get the opportunity of joining the Armed Forces along with the recognition of their Sainik Schools.

*These are the only authentic Sainik Schools approved by govt of India. But nowadays no of schools have been started with the prefix Sainik school. It is advised to ensure the authenticity of the schools where you are going to seek your kid’s admission.