“On behalf of armed forces, we want to thank all Covid-19 warriors. Doctors, nurses, sanitation workers, police, home guards, delivery boys and media which has been reaching out with the message of government on how to carry on with lives in difficult times,” said Rawat.

Rawat said that the entire world is fighting the menace of COVID-19 and like everybody else, our nation has also been impacted.

Earlier, CDS Rawat said that coronavirus has affected the three services in very limited numbers and the discipline and patience of the armed forces’ personnel have helped in preventing its spread there.

Expressing gratitude to all corona warriors in the country, India’s top most military officer Chief of Defence Staff General Bipin Rawat said that the Indian Air Force will conduct a flypast from Srinagar to Thiruvananthapuram and another from Dibrugarh to Kutch in Gujarat on May 3. The flypast will include both fighter jets and transport aircraft.

“There are some special activities that the nation will get to witness. Indian Air Force will conduct flypast from Srinagar to Trivandrum and another one starting from Dibrugarh in Assam to Kutch in Gujarat. It’ll include both transport & fighter aircraft,” Rawat further said. During the Indian Air Force’s flypast, the aircraft will also be showering flower petals at some places,” Gen. Rawat said, adding that “Our nation has shown resilience.” 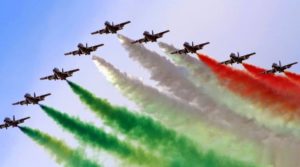 “The Army on its part will conduct mountain band displays along some of the Covid-19 hospitals in almost every district of our country. The armed forces will also lay wreathe at the police memorial on May 3 in support of our police forces,” added Rawat. 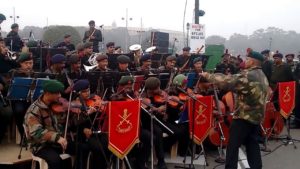 The Navy on its part will have its warships deployed in formations in coastal areas in the evening on May 3. Navy warships would also be lit up and their choppers would be used for showering petals on hospitals. 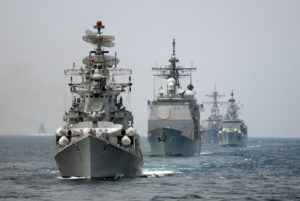 Rawat had earlier said that armed forces’ personnel understand that they will have to remain uninfected by the virus to be able to support people and government as the country battles coronavirus.

“No problems in dealing with the issue of coronavirus. The first patient in the Army is cured and the jawan is back on duty. Army so far has had only 14 cases of which five have been cured and they have returned to work,” said Army Chief General Manoj M. Naravane.

“Our police personnel is doing their job very well and they are deployed in the red zone. They are capable of undertaking actions in red zones also. No need has been felt for military deployment so far,” said Rawat.

Naravane said despite pandemic there has been no let-up in counter-terrorist operations. “The terrorists killed in operations are handed over to civil administration and they do the needful,” he said.