It is a tool to look inward and to understand where you are going wrong, both in the SSB performance and also in the nature of guidance that you are getting for the preparation of the SSB Interview. Let us understand the importance of Introspection for SSB interview.

Understanding the Mechanism of Self:

Leadership is all about taking the right decisions in the various complex circumstances whether it is military leadership or corporate leadership and it involves certain decision-making processes. 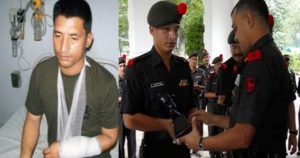 The journey of a Soldier:

Bishnu Shrestha, a soldier from Gorkha Rifles of the Indian Army was traveling home after his retirement when his train was attacked by almost 30-40 robbers near the border of Bengal. When they came for his pocket, he gave it away. But when they came to rape a girl sitting next to him, he pulled out his khukuri and charged.

02 September 2010, Naik Bishnu Shreshtha, An Army Man, 35 years of age from Nepal Origin and he had premature retirement from the army and after his formality was over he was going back to his place and then something happened that you have gone through in the case study.

Then what happened next is more thrilling than a movie. He managed to push them back and engage them in a narrow corridor where only one or two of them could fight him at a time. In that situation, an experienced soldier like him had an advantage.

So immediately once he engaged them he realized that at his present position there must be a berth that could be more dangerous because a lot of people could engage over there he tried to move himself to such a place where he could a positional advantage, so he moved himself to alley between the side berth and the normal berth so that at a time he would have to handle only 1 or 2 persons which were manageable so that was intellect in action “a Fauzi in action”

After more than half an hour of bloody close-quarter hand to hand combat, three robbers were dead, eight were injured, most of them gravely injured and rendered immobile. The rest all ran away. Shreshtha received a few cuts, scratches, bruises and a non-lethal blow to his shoulders

Indian Army reinstated him, promoted him by two ranks so he could enjoy higher pension and perks, and retired him the next day. He also received a special service award and Shourya Chakra. 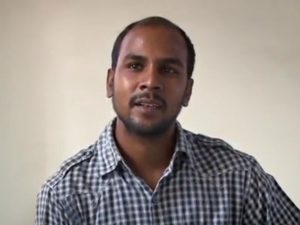 Mukesh Singh with other 3 people convicted for 2012 gang-rape and murder of a 23-year-old paramedical student in Delhi, dubbed Nirbhaya by the media.

16 Dec 2012, an incident happened in Delhi, the person involved is Mukesh Singh, 26-year-old man, a bus driver. The same situation arose in front of him also, a young girl with her friend rode into the bus. Mukesh as a driver was there with a couple of his colleagues. They did what the whole nation is shameful about, Nirbhaya Rape Case. Nirbhaya was brutally raped by those 3-4 people and then later she was hit by an iron rod. Subsequently for13 days she had been struggling and at last, we lost Nirbhaya.

So two incidents, in case-1, the girl was found in a particular manner by Bishnu Shreshtha, he killed people and he was awarded Shourya Chakra. In case-2, again the girl was involved, she was raped and murdered.

So what made these two people respond the way they did?

The management information system is about how we manage this information in our inner world. So when the stimulus is presented (whether in the Psych test of SSB or in the real-life), through your sense perception it goes into your inner world, where it gets process and then finally a response comes up.

In the inner world, there are three faculties to process the information, that is

1) The Mind: It is the thinking faculty of the self (Thinks, feels, imagines, and forms ideas).

2) The Intellect: It is the decision making faculty of the self (Evaluates, Reasons, Discriminates, judges, and decides using the wisdom, experience and will power).

So a collective process happens inside, and a process output is seen as a response that defines your personality.

SSB is a personality-based Selection: 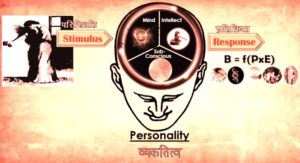 ( Personality is the sum total of behavior, attitude, beliefs, and values that are characteristic of an individual.)

To be Continued in Part-2…