The candidates who have qualified the Indian Navy INET-2020 examination will have to appear for an interview. Indian Navy is conducting this recruitment drive to fill up 144 vacancies for the various posts.

In the last, the merit list of all the candidates will be based on the combined marks of INET (O) and SSB, and the entry for which the candidate has undergone for the SSB Interview and medical examination.

Hence, Candidates recommended by the SSB and declared medically fit will only be appointed for training as per all India merit of each branch/cadre based on the availability of the number of vacancies. Candidates can follow the below-given steps and instructions to check and download the Indian Navy INET-2020 result.

The candidate can check their Indian Navy INET result either from the official website or from the direct link provided below. 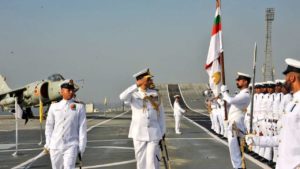